Mercedes unveils Maybach concept car in all its retro-inspired glory! 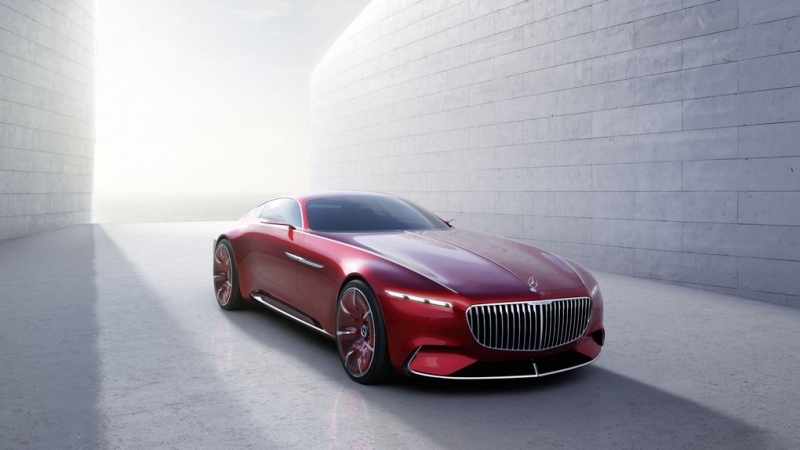 In Mercedes parlance, Vision stands for concept car and the 6 stands for the carâ€™s length in meters.

When Mercedes put out teaser images of the sweeping roof line of the new Vision Mercedes-Maybach 6 concept car we went along thinking there’s no way it’d look anything less than stunning. We were right. A handful of pictures of the Maybach have leaked early, ahead of a planned world debut on Friday. The new photos depict an extremely long, dramatic coupe with extraordinary detailing. At Pebble Beach this week, the Germans will show this vast Vision Mercedes-Maybach 6 Coupe, the name referencing its enormous six-metre length. 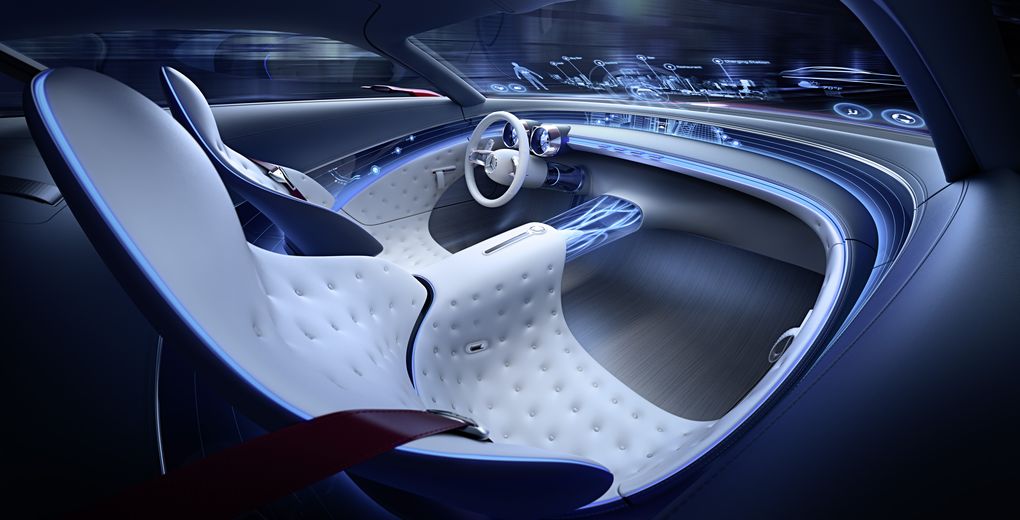 Only 10 words were available on the concept car ahead of its debut: “The hot and cool – almost 6 metres of ultimate luxury”. At 224 inches, it’s some two feet longer than an S-class coupe. It is also nearly four inches lower. The dimensions are extravagant, with an ultralong hood, the two-plus-two-seat cabin set far rearward, and an extended rear overhang. Mercedes says the proportions “recall the aero coupes of days gone by,” and indeed, the concept has a classic-era elegance about it. That vibe is reinforced by the gullwing doors, the split backlight, and the boattail rear. At each corner are 24-inch wheels with transparent panels based on the transforming, aerodynamic wheels of the Concept IAA Mercedes previously showed. 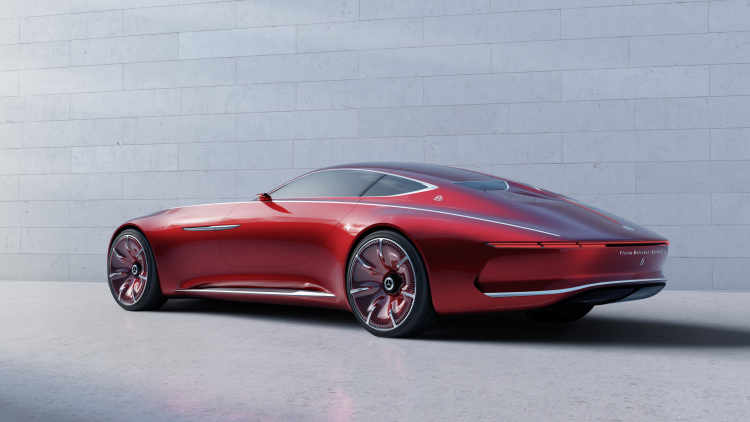 The car's four electric motors produce a combined 738 horsepower. Mercedes says that will be enough to get the car to 100 kph in just 4 seconds. The motors are backed by an 80 kWh battery that the company says can propel the car up to 200 miles. The most interesting thing the automaker can be proud of is the fact that the Mercedes-Maybach 6 can pick up a charge worth 100 km in just 5 minutes, assuming you've got the right charger. One more advantage of this model is that it can be charged either by being plugged in, or wirelessly with an inductive charging system. So perhaps if someone with enough money and desire can convince Mercedes, there could be a road-legal version.